Have you heard of Thonet? If you are from the German speaking countries or a furniture design enthusiast, this name may ring a bell. And even if it does not, I am quite sure that you have sat on one of their iconic chairs – or at least a copy of them. Thonet chairs were part of the restaurant and café scene in the late 19th and early 20th century. While their simple and timeless design itself was a revolution, the Thonet production process also gave a strong impulse to industrial design. On the occasion of the company’s 200th anniversary, the MAK Vienna currently hosts an exhibition which is a true chair affair.

“Bentwood and Beyond – Thonet and Modern Furniture Design” is hosted on the first floor of the MAK – the Museum of Applied Arts in Vienna. Located in one of the many historic buildings along the Ringstraße, I am always amazed how effortlessly the museum bridges the gap between history and the present. The exhibition takes you back 200 years – it is more than just the mere company history of Thonet; it is also a time travel along the development of modern industrial design.

Visitors are guided along a “snake” of exhibits. These exhibits are mostly thematically connected as a group of three. Make sure to walk like the following: Read the introductory text on the left, then move to the wall on the right for key historic data about Thonet. Do not keep following the exhibits on the right. On the floor, next to the exhibits, you fill find small numbers guiding you through the exhibition. (At first, I did not notice them.) You could walk towards the right but you will directly start with the present. It is better to stick with the suggestion of the curators and move left and then across the room.

Michael Thonet, a native German, moved to Vienna in 1842. Already in the 1830s, Thonet worked on an innovative method to bend wood which he perfected in Vienna after being invited by the Austrian Court and State Chancellor Clemens Prince Metternich. At first, Thonet and his sons focussed on parquet floors and running chairs. For the latter, they tried a new method: laminated rod bundles. In the 1850s they incorporated the Gebrüder Thonet company, exhibited at the London World Fair, were awarded a silver medal at the Paris World Fair and opened stores and expanded their production facilities.

In 1859 their iconic chair “No. 14” was launched. This chair used the patented bentwood method and stood out with its simple and modern design. It soon became the design element of many restaurants and cafés of the time. Until today, many people associate this chair with the Viennese coffee culture and it is still called the “Café Chair”.

Thonet’s business success was, however, not solely based on this one chair. The models with a round seat covers (such as No. 15, 18 and 20 and the famous No. 14) made up 90-90% of they company’s seating furniture production in the 1870s ad 1880s. Their success for sure was based on their design. But, more importantly, there was another unique selling proposition: their price point. The production method and simple design were more cost effective than other – more intricate – designs of that time and could easily be mass produced.

Another obvious advantage was the patent of the company. The Thonet brothers were very proud of their technological achievements and showcased their skills at fairs. They always brought exhibits with them to prove their unique skills of solid bending. The secret was not that Michael Thonet invented the process of laminating and bending (this process had already been used), but that he applied a modified approach: he heated up bundles of strips in a glue bath (instead of bending them one by one like his competitors) and then pressed them into a mold. Hence, Thonet was able to produce more efficiently, cost-effectively and faster than his competitors.

From a business perspective, Thonet stands for constant innovation. They never sat back and relaxed and just took their success for granted. In the 1870s, Thonet was the first to replace the intricate mesh seats by plywood. They experimented with different frames and back covers. In the 20th century they were not shy to experiment with totally different designs, products, processes and materials.

I am always amazed when I see the timeless Thonet designs. Their famous Café Chair still fits with modern and minimalist design. The pattern of its seat cover with the round holes currently has a revival not only in furniture but also in fashion design. It is being used for chairs, baskets, screens and even bags. I am a Thonet fan and it was very interesting to learn more about the company. Furthermore, I appreciated to not only see how Thonet’s products influenced industrial design as a whole but also to see how the company itself was influenced by other designers and design movements. I found it very useful to see the comparisons with the creations of other companies and designers.

At times, the exhibition required a lot of prior knowledge. Granted, the exhibition is hosted at the MAK and its vicinity to the University of Applied Arts is obvious. I am sure that a lot of visitors have backgrounds in industrial design. However, Thonet attracts a broader visitor base with less knowledge about the details and terms such as plywood. It would have been useful to have one wall with a chart or more details on the various materials and work methods and processes. Nevertheless, overall I found the exhibition very well curated, concise and interesting.

Whether you are a design enthusiast or simply want to learn more about furniture design, I highly recommend this exhibition.

There are plenty of additional events – guided tours, expert talks, panel discussions and even visits to the Thonet production facilities. The museum also offers a vast programme for families and children. You can learn more on their website.

Regular tickets are EUR 14 (about USD 15.50), concessions are available.

“Bentwood and Beyond – Thonet and Modern Furniture Design” is open until 13 April 2020.

Disney: Magic of Animation at the ArtScience Museum Singapore – Exhibition Review (until End of March 2020)

Jugendstil in and around Vienna: Steinhof Church and residential Judendstil buildings at Brunn am Gebirge

The Importance of Curiosity – Interview with Croatian Artist Igor Eskinja 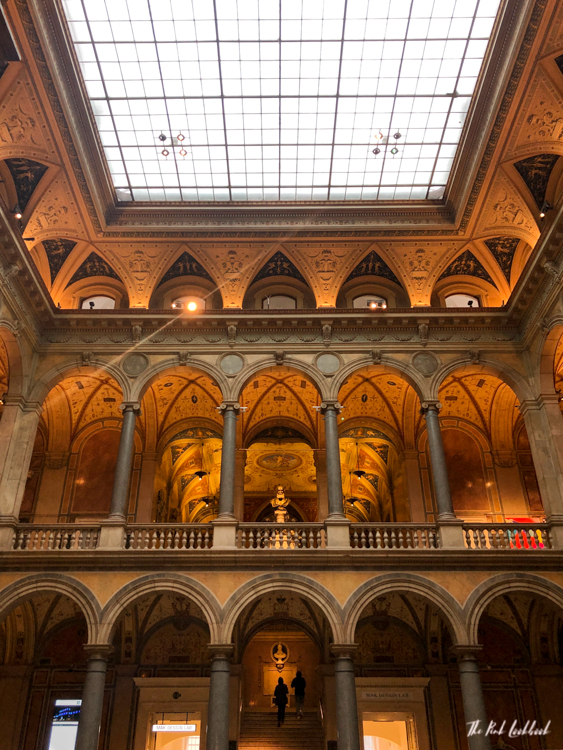 All information as of the date of publishing/updating and based on the personal visit of Elisabeth Steiger and the information provided at the museum and the official website of the MAK Vienna. We cannot accept responsibility for the correctness or completeness of the data, or for ensuring that it is up to date. All recommendations are based on the personal experience of Elisabeth Steiger, no fees were received by the recommended places above.

Things to Do in Vienna in Autumn – Schoenbrunn Palace and Park