When I first heard about Fengjing, I actually did not know anything about this town. Little did I expect that this inconspicuous ancient town near Western Shanghai has become a centre for modern street art. 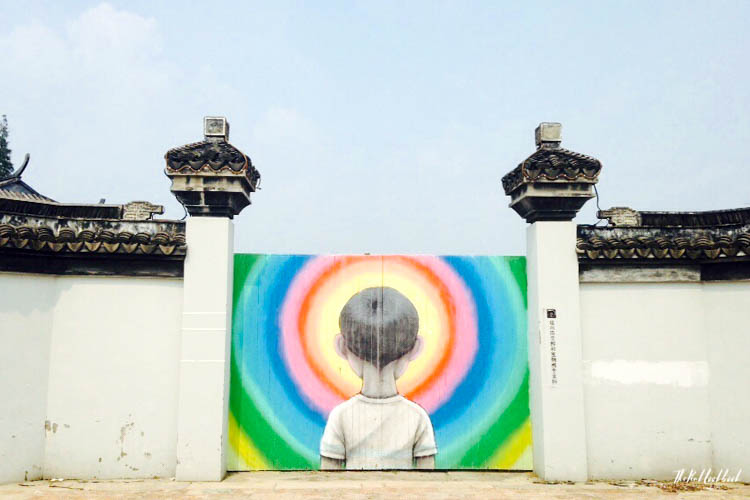 The small ancient town Fengjing near Western Shanghai has become a destination making street art enthusiasts’ heart skip a beat. The French graffiti artist Julien Malland, aka as ‘SETH’, has painted the walls of abandoned houses with his graffiti artworks.

I really love the architecture of traditional Chinese houses. Unfortunately, these house have become very rare as they had to give way to modern condos. In Fengjing, they have become the canvas for SETH’s works.

What I like most about his graffiti art in Fengjing is the direct dialogue between the buildings and the artworks. They somehow seem to be melted into each other – whether its bay windows becoming one of the objects of the large graffiti figures or a river dividing a mural into two.

Let’s hope that these artworks are enough reason to preserve the old buildings! It is definitely a great example that modern art and traditional heritage can work very well together!

Special thanks to Magda and Robert Hartmann for their beautiful pictures. 🙂

My Top 10 Tips for Your First Trip to China

Street Art in Zagreb – Murals at the Studentski Centar