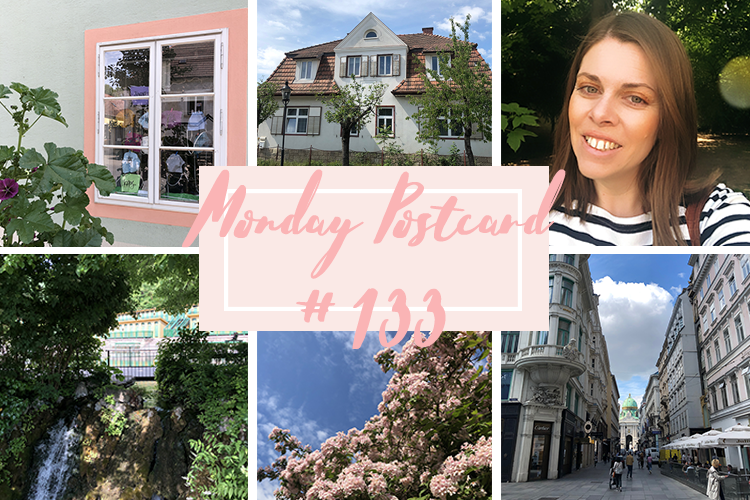 Since the start of social distancing, I am mentally taken back to when I lived in Bavaria. I mentioned this in another article, I never had a culture shock when I moved to China but I had one when I moved to Bavaria. You may laugh. But I was not prepared as I thought Austrians and Bavarians are pretty much the same. But many Bavarians made sure to remind me every single day that I was “lucky” to live there, that it was the “best place in the world”. Some – like the former minister of Bavaria Horst Seehofer – even call it “the gateway to paradise”. On a drive back from a holiday in Italy, my then Bavarian boyfriend complained about what I thought was a beautiful trip. He just wanted to go back home to “clean Bavaria, because there is no place like home”.

I found it silly. I thought it may be Bavarian pride. I thought Austrians were different. My view of Austrians then was that we are more open-minded. I based this on myself, my family and friends. But what I learned over the past few weeks is that the Austrian mindset may not be that different after all, unfortunately. Every day, when I turn on the TV, I am being told that I should spend my summer holidays in Austria. The Austrian government is currently pumping EUR 40 million into advertising summer holidays in Austria. We cannot really leave anyways – why the investment? Are these millions not needed somewhere else? The ads and documentaries celebrate the beauty of Austria. TV hosts emphasize that they prefer to stay in Austria. Why travel? You live in the best country in the world! And please do not open the borders, foreigners will bring the virus back in. Austria should become autonomous!

This is not only stupid but dangerous.

When I arrived in Austria in March, the country seemed to largely agree on what we had to do to fight the pandemic. Now that the measures seem to have been effective, discussions about their impact has started. This is just how a healthy democracy works. But the focus is on when we can go out to bars again, attend a soccer match and do shopping (our economy needs our investment after all). What is left aside is education, culture and the opening of borders – it seems too convenient that the pandemic affects the areas making us think critically.

Especially the closed borders affect me personally. At the beginning, I got really frustrated, nervous and sad about it. After ten weeks of social distancing in Austria, I have somehow managed to reach a point where I stopped getting upset. (At least for now.) When people ask me when I can go to Thailand again and see my partner, I just answer that I do not know. Because that is how it is. I am happy that some people still ask. I am shocked about how many people seem to enjoy being locked off from other countries.

Even though Austria is beautiful indeed, we cannot shut the world out. We not only need to head out and explore other countries, we also need foreigners to come visit us and spend money here. I am amazed that most people think closed borders only affect our summer holidays. There is not a single word about those who need to get in and out for work and those who are separated from their families. I have been separated from my partner for weeks. We do not know when we can see each other again. And I am not the only one. I did some research in an expat forum and found a thread with almost 200 replies of families being separated – wives in Europe, husbands in the Middle East or Asia, the children with one of them – couples like us with thousands of kilometres between them. One case made it into the Austrian newspapers where an Austrian woman who lives in Germany could not come to the funeral of her father in Austria and after that, she could not see her sister to mourn the death for weeks.

Apart from the personal perspective, many Austrians seem to forget about the benefits of being part of the European Union and its single market in particular. I recently overheard a discussion: somebody who works for a big automotive company said they would prefer to keep the borders shut. The other person reminded them that this would mean career suicide given that the automotive company is headquartered in Germany. If Austria really went autonomous, their job would be gone. Furthermore, the suspension of the free movement of people and also travel outside of the EU, affects logistics and supply chains. Many passenger flights also carry cargo which is now stuck in the countries of origin and at customs. These are all products companies need to sell to survive and end consumers want.

The single market allows not only the free movement of people but also goods, services and capital. Hence, the overall market becomes bigger. For a small country like Austria this is crucial. As there are no tariffs between the countries, the sales opportunities are a multiple of those at home. Resources can be allocated better, there are exchanges when it comes to skills, technology and research. Consequently, productivity overall increases which makes the member countries of a single market richer. There are drawbacks, of course, but I do not think that a tiny economy like the Austrian one could survive in times like globalisation and thrive that way without the single market and the European Union.

So please, next time, you make a comment like “the borders can be kept shut because I will just spend my summer holidays in Austria, it’s the most beautiful place anyways”, think twice. Will it stay a beautiful place when we do not have the same income anymore? When people will lose their jobs? When we only stick to ourselves and let nobody else in? When we cannot leave freely and explore and see something different? When we do not care about those who are separated from their families? Is this really the most beautiful country in the world?

I doubt it. It sounds like the dome in the Truman show to me…

Monday Postcard #194 – Have We All Lost Our Voices?